The Last thing you see

Some birds talk without making a sound.

A spider web is a flower.

The Last Thing You See explores the limit of visibility and knowledge in the natural world.

Oriental Honey Buzzard attaching a hornet's nest, 2013
150cm x 100cm each, Diptych, Diasec
From the series, How to eat bees?

It is not known why hornets do not attack the honey buzzard when the bird attacks their nest. Some scientists believe that the buzzard emits a chemical that repels bees; others attribute its defense to its scaly feathers. 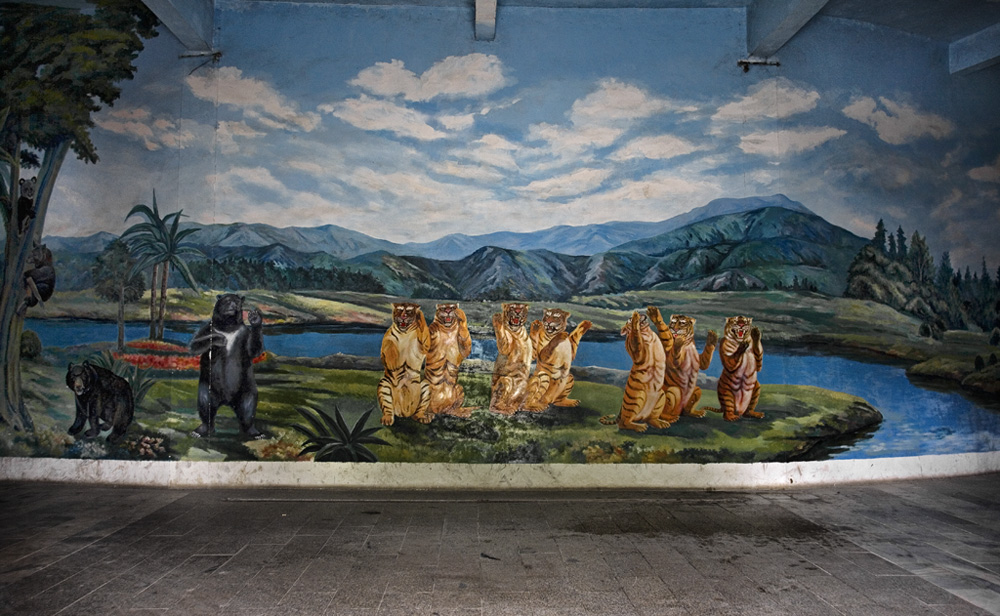 Under ultraviolet light, certain parts of a spider web glow, forming a a pattern that looks like a flower - this is visible to bees, which attracts them.

Bees favour the color blue so much that they stay put once they settle in an area of that color. A very simple bee trap is made by simply painting an area of the forest blue.

Orchids pretending to be other orchids, 2013

Many Oncidiinae orchids, like this Rossioglossum ampliatum, have evolved to look like another orchid from the Malpighiaceae family which produces nutrtious oil valued by bees for food and nest building.

Flowers often have ultraviolet "nectar guides" which are invisible to humans but help foraging bees by signaling to them where to land.

From the series, The Blind

This series of images titled The Blind shows a camouflage cloak by the same name tested in various environments. The Blind works on the principal that an object vanishes from sight if light rays striking it are not reflected as usual, but forced to flow around it and carry on, as if it was not there.

From the series Watermarks, 2012

Birds are able to communicate in the ultraviolet spectrum with their feathers.